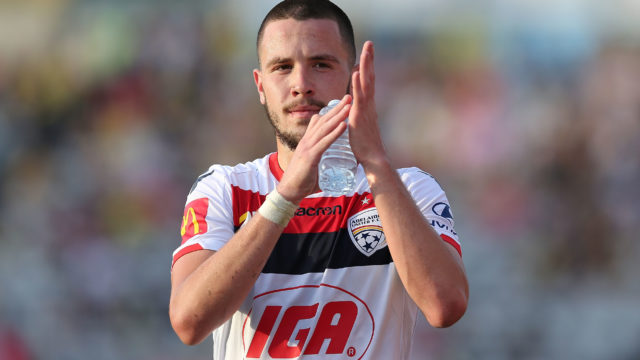 Apostolos Stametelopoulos – a Comet at Heart

Apostolos Stametelopoulos, ‘AP’ as he is affectionately known, is a familiar name and face at Adelaide Comets having spent the majority of his footballing years at the club before progressing in to the Adelaide United pathway.

Having signed a Senior contract with Adelaide United in mid-November, the 19-year-old told that the achievement was a fulfilling reward.

“It was unreal,” said Apostolos.

“Signing the Senior contract was such a good feeling, it was something that showed that all of the hard work I had put in had paid off.” 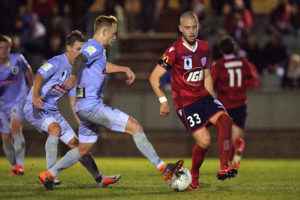 The striker began his footballing career with Comets where he continued at the club until Under 13’s. For his Under 14’s season, Apostolos moved to Adelaide City prior to joining the SASI program for Under 15’s and Under 16’s. He then returned to his maiden club, Comets, for Under 17’s before being selected for the Adelaide United Youth Team.

Despite a season at Adelaide City and time within the State program, Apostolos is an Adelaide Comets boy at heart.

“I loved everything at Comets, I grew up with most of the boys there,” he said.

“Some of them are still there and some have moved on, players like Peter Kopsaftis, Anthony Bellini, Dimitri Panagis and Harry Keramidas.

“My dad has always been involved with the club and Prez too. There is a family feeling there and that is what I enjoy so much, that is why I went back there after my time at SASI.”

Looking forward, Apostolos will continue to work hard and hopes to retain his Senior contract with Adelaide United following the 2018/19 season. Beyond that, he has goals of representing Australia with the Australian U23s and one day would love wear the green and gold for the Socceroos.

However, when the time comes to retire from professional football, AP knows where he will go.

“100% Comets is my club. When I retire, whenever that day is, I will definitely go back and play for them.”