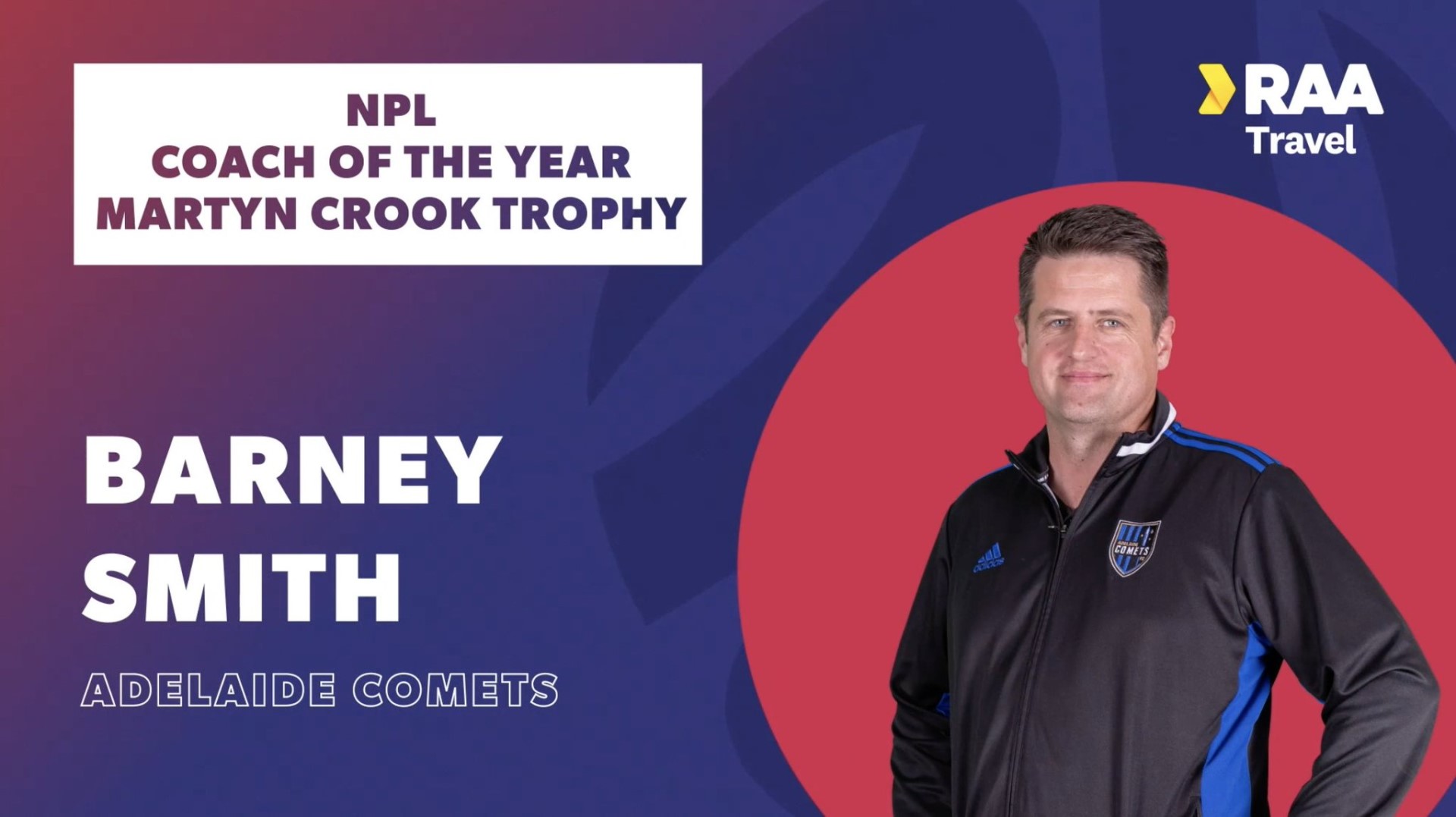 Congratulations to our Senior Men’s Head Coach, Barney Smith who has been awarded the Martin Crook Trophy as the NPL Coach of the Year for Season 2020.

Barney in his first year back at the club, becomes the second coach since 1950 to lead the same team to 1st place in both the SA First & Second Divisions.

Barney was our Men’s Senior coach back in 2011 when he guided our club from the then Second division to South Australia’s Top Tier. A dramatic day down at Rushworth Reserve saw us gain promotion with a superb display and victory against Enfield.