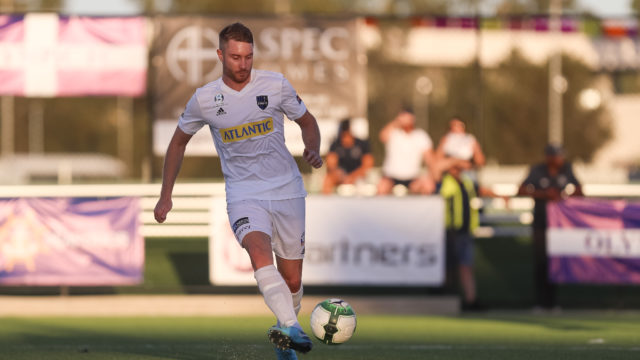 Comets Make it 2 From 2 Against City

Friday night the Adelaide Comets Seniors defeated Adelaide City for the second time in less than one week with a brilliant display at SA Athletics Stadium.

Adelaide City, who Comets had knocked-out of the FFA Cup South Australia Quarter Finals the previous Saturday, came out firing and took the lead in the 29th minute care of a goal from Josh Mori.

However, Comets’ Andreas Wiens responded twice in the second half, a goal in the 61st minute and another to seal the win in the 75th. His two from the night taking the striker to 10 goals from 11 matches in the season to date.

“Considering how tough and busy our schedule has been the last few weeks, we were really impressed with our level of effort and right attitude to come away with the three points twice in the same week against a quality side,” he said.

“Winning definitely becomes a habit so we are growing mentally stronger week by week now.”

The second half of the National Premier League season kicks-off on Sunday with Comets heading to Adelaide Shores Football Centre to play West Torrens Birkalla. Dittmar is aware of the recent turn in form for Birkalla who Comets defeated 3-0 in Round 1.

“Birks have signed some players of late and seemed to have turned a corner compared to when we met them in Round One, so I am expecting a really tough game,” he noted.

“Obviously having the Cup Semi Final game on Tuesday night too means we will need to be smart about how we manage players, but we have a large quality squad, so I have confidence we can get the win in both games.”

Comets sit in 4th place on the League ladder heading in to Round 12, only 1 point behind Adelaide City who sit in 3rd and 2 points behind Campbelltown City who sit in 2nd. MetroStars lead the pack in 1st place with 30 points. Dittmar is confident in a solid second half from his team.

“It has been a slow build up each week, and we still have room to improve.

“The exciting thing is we keep picking up points though. There is definitely no limit on where we can get our game too and what this group can achieve!”

Support your Adelaide Comets on Sunday against Birkalla in all 3 grades, kick-off from 11am!