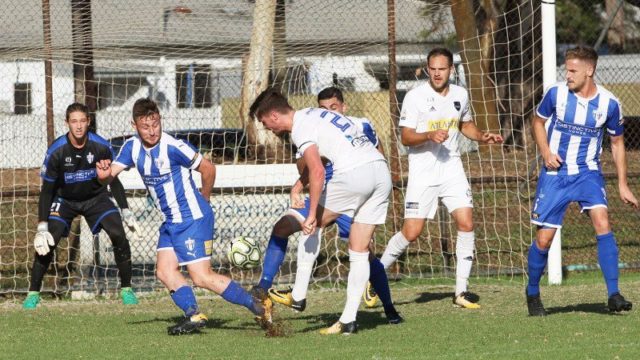 It is our first encounter with City this season, ahead of playing them in the League in Round 11 the following weekend.

City sit in second place on the league table, 4 points ahead of Comets. Their Cup run to date has included wins against South Adelaide Panthers and Ghan Kilburn City.

Comets have taken out Sturt Lions and West Adelaide to advance to the quarter finals.

Captain, Allan Welsh, is aware of the challenge ahead.

“Obviously it is going to be a tough game, as always,” he said.

“For some reason we all felt we would draw City and that’s what happened; now we’ve got to play them 2 weeks in a row.

“We beat each other last year and both teams are pretty even this year so it should make for 2 exciting games.”

“Adelaide City are an established team that have recruited well in the off-season,” he told.

“It’s exciting to play against teams like Adelaide City where players and coaching staff can test each other. Both teams are attacking in nature so I look forward to the game.”