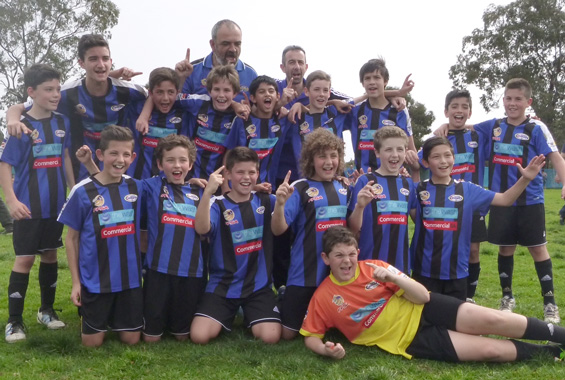 We are pleased to announced that we have been awarded an Active Club Grant to the value of $3,080 for the purposes of training our coaching staff. The photo below shows our Grants Officer Michael Malavazos receiving the cheque from Rachel Sanderson MP. Adelaide Comets are extremely grateful to the Active Club Program for its support. 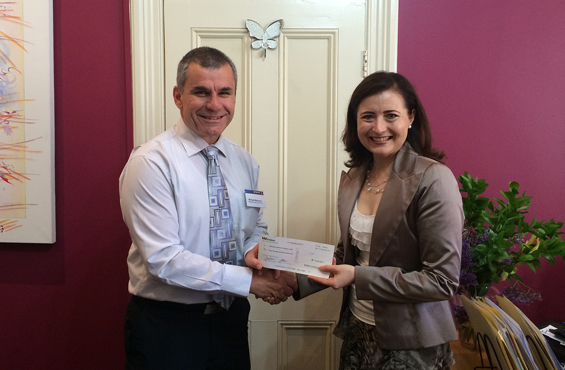 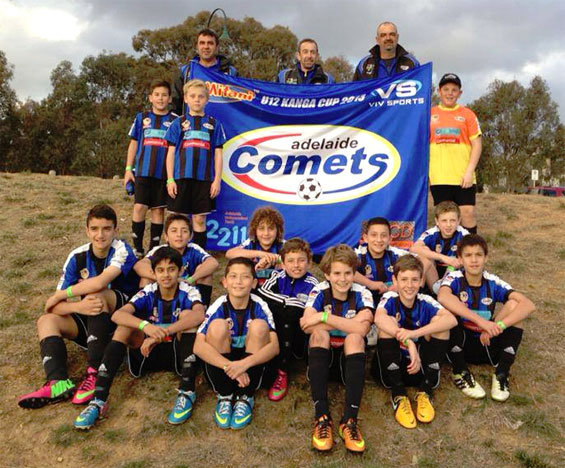 What started as a brief chat over a coffee in January with my Team Manager George about the ‘Kanga Cup’ which I had heard of but knew nothing about, eventuated into one of the greatest experiences 14 kids and 22 other parents, friends, brothers and sisters will have in their lifetime.

For the players themselves the experience of being together for 7 days, training, playing and the challenges that were put in front of them they will not forget, and more importantly all done in a Comets shirt ! 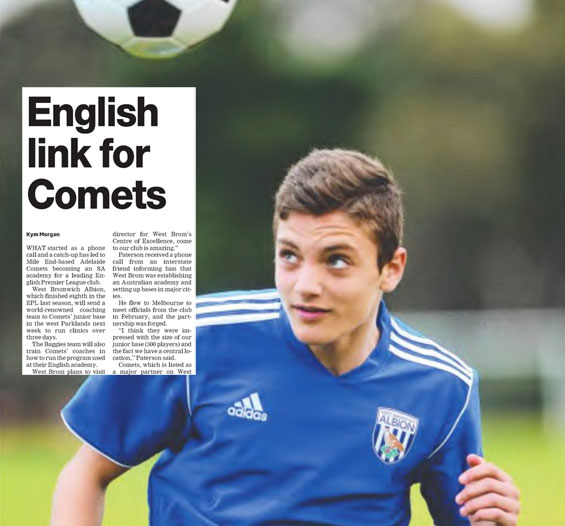 Click the above image to read the article that appeared in The Messenger and in The Advertiser during the week.