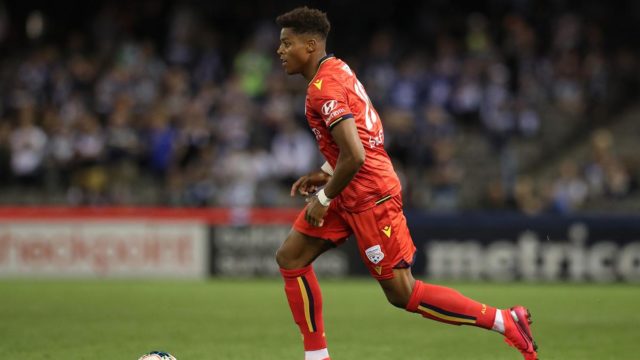 We have another Comets player in the A-league!

Kusini Yengi started playing for Comets in 2011 in our U14 team, before moving on to the State NTC squad then returning in 2014 as a 16 year old to play in our U18 team. Showing great potential, he worked hard on his game and progressed through the Reserves to make his senior debut for Comets in 2017.

In 2018 Kusini was getting noticed and was invited to take part in two Talent ID sessions for the Australian U19 National Team.

After moving to Adelaide United last year, he impressed the coaching staff with his dazzling skills to be promoted to the Adelaide United A-League squad for this season.

On 21 February 2020, Kusini made his debut for Adelaide United coming on as a substitute in the 67th minute in a 5–2 defeat to the Western Sydney Wanderers.

Kusini frequently visits our club, and has strong ties with his younger brother Tete currently playing in our First Team.

Everyone at Adelaide Comets wishes Kusini all the very best for his A-League career, and hopefully he can progress to even higher levels!